Prairie Fava has plenty in common with its namesake pulse crop: Both are relatively new to the prairie landscape and have plenty of opportunity for expansion in the near future.

While it was officially founded in 2015, Prairie Fava has its roots in the Jefferies family farm, which was established in 1896. Over the past five years, Prairie Fava has focused on providing a variety of fava bean products to consumers, including bulk beans and flours.

The company has reached a time of pivotal change, however. As consumer demand for plant-based protein options rises, so does Prairie Fava’s market opportunity. They’re hoping to fulfill that opportunity thanks, in part, to a project partnership with Roquette.

“We are very pleased to have this opportunity to work with and learn from Roquette,” Prairie Fava co-founder Hailey Jefferies said. “We are excited for Roquette to continue their work with alternative proteins, and are excited that fava is one of them.”

One of the opportunities provided by this project is the further development Prairie Fava’s unique fava variety, DL RICO. This variety is the first in North America available for food use that is high in protein and low in tannin, vicine and covicine. Together with Roquette, Prairie Fava will be able to conduct research on the viability of dehulling and processing DL RICO, expanding its use in the food market.

“Efficient processing of DL RICO and other fava varieties will provide higher value and consistent end markets for farmers and for Prairie Fava,” Jefferies said. Part of this processing is likely to involve Roquette’s upcoming pea-fava blend, a co-formulation that has the potential to improve functional and nutritional value.

Roquette’s expertise in the area of pea processing was, in large part, why Prairie Fava chose to partner with the company on this project. Representatives from the companies met at the Future Food Trends conference in London, England, in October 2018. After discovering their common interest, they approached Protein Industries Canada (PIC) with their Expression of Interest in June 2019.

Jefferies said this process has helped Prairie Fava expand at a quicker rate than the company could have on its own. The relationship with Roquette has provided the opportunity to work on this particular project, while being a part of PIC’s membership has provided benefits beyond funding.

“Being innovative is expensive and developing products and applications for a new ingredient presents challenges for a company such as Prairie Fava,” Jefferies explained. “PIC provides us some of the important financial support we need to grow. It also provides links to academic researchers and to the end market.”

She cited the project’s media announcement in June 2020 as an example of how much good being a part of PIC, or any supercluster, can do for a company of Prairie Fava’s size. It generated a number of contacts, which Jefferies is looking forward to utilizing. Overall, Jefferies said, the supercluster membership has been a worthwhile investment for Prairie Fava.

“PIC has the network and expertise to assist Prairie Fava with all aspects of our product development, from basic research through to commercialization,” she said. “We would certainly recommend other companies similar to ours to work in superclusters such as PIC.” 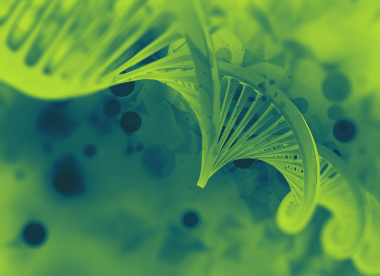 By becoming a member of Protein Industries Canada, you will have the opportunity to be involved in collaborative projects that will transform Canada’s agriculture and food processing sectors. Together, we will build a shared competitive advantage for Canada.